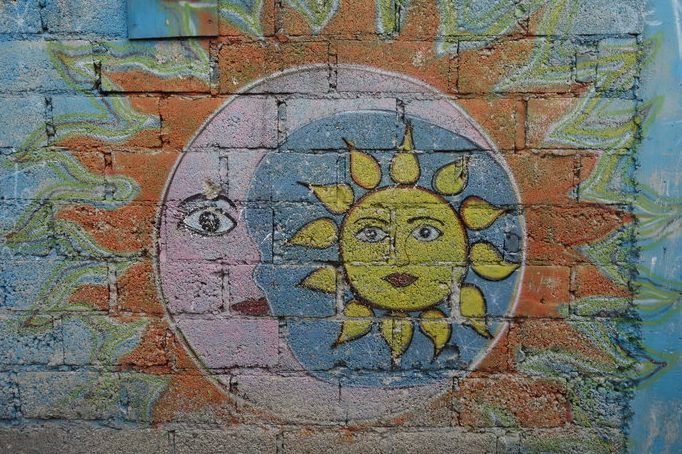 I am a simple journalist that has spent part of his life as a trade union leader. Nothing special. One more citizen, who was the first university student in his family and was able to educate for free. Otherwise, it would have been impossible with seven brothers to feed, clothe and educate. My parents were and are (my mother is 91 years old) heroes, like so many of the pure middle class. The one that not received help from anyone. And so I have supported my own family, with the priceless help of my partner, single-handedly paying my house, the expenses for health, welfare and education of my children to the point of usurers bank loans. No scholarship, no help. I never qualified for my income, since I also learned about low salaries and unemployment. Before, I lived and suffered the coup. For my ideas of a more just society, I could have ended up dead, like several friends from my university, or in exile. It did not happen but they exonerated me from my alma mater. I did not lower my arms but kept fighting instead. You had to feed the children. I came to Santiago and in La Nación I lived my best years as a reporter and boss. But, then “democracy” came and the sectarianism of the colleagues in the Concertación (Concertación de Partidos por la Democracia – the Coalition of Parties for Democracy was a coalition of center-left political parties in Chile) forced me to resign. Unemployment, low salaries again and years of free-lance work, without forecast, in different media. Until I got a decent contract at La Tercera, thanks to my good colleagues Julio Germán Salviat Wetzig and Luis Urrutia O’Neil.

And there I am, with a sweet and graceful trajectory…, very complex now as a result of my leadership role due to the social crisis that also touched the union, the partners and the newspaper. With everything, from my current position of privilege but with the unchanging class consciousness, I was excited about the awakening of Chile, beyond that of many awoke since a while … I also joined the mobilizations and contributed from my trench as a social communicator. I admired the strength and courage of my compatriots to express their legitimate demands.

But at the same time I did not understand and I do not understand the government’s blindness in the face of the outcry of millions of citizens. And I was horrified by its response to repress the people with blood and fire, with death and mutilation. With agents of the State that exceeded the limits of injuring, abusing and torturing, and who were also victims of people’s reactions. All in the middle of the biased and also ideological role of the media.

And I felt fear, as during the coup, in the midst of destruction and chaos, whose causes I try to explain but do not share. And I say that I also felt fear because in between looting and fires I saw the efforts of my children, young entrepreneurs, of which the crest is taken  they take the crest to get ahead in a system that gives them nothing.

All in all, my admiration remained high for my people on the street. But everything was disrupted by the irruption again of the infamous self-styled political elite and its coveted peace pact and a trick change to the Pinochet Constitution behind the backs of our dead, blind, tortured youth, abused women and thousands of wounded and imprisoned, alone for expressing their will against an economic model that annihilates the most vulnerable classes. But again I saw appear the changes as far as possible, product of the atrocious fear of the FF.AA. (Fuerzas Armadas chilenas – Armed Forces of Chile), entrenched in the purest socialist style that they fight against so much. They receive everything from the State. But well, that is another story. Again the political caste is appearing to make a change so that everything remains as usual, betraying the longings for social justice and the end of so many abuses. It hurts me this Chile, because the people’s sense of desire smells like danger … 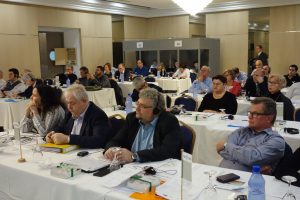 Health and safety at work: How does the management approach this issue and what is the importance of good leadership? 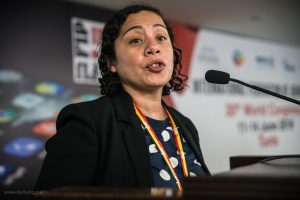 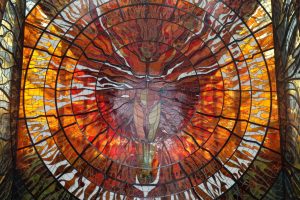 At least 250 journalists imprisoned worldwide for the fourth consecutive year