The National Association of Journalists of Peru – ANP (Asociación Nacional de Periodistas del Perú) and the Jaime Bausate y Meza University paid a heartfelt tribute to the students Jack Brian Pintado Sánchez and Jordán Inti Sotelo Camargo, who offered their lives on November 14, in Lima, during the citizen march, organized by the Peruvian youth, in defense of democracy as a form of human coexistence and the right to free expression in the country.

The event was held at 3:00 p.m. at the front of the building located between Avenida Abancay and Avenida Nicolás de Piérola, former headquarters of the Ministry of Education, with the assistance of the president of the ANP, Roberto Mejía Alarcón and a delegation of leaders and members of the historic organization that brings together press workers from the different media.

After observing a minute of silence as a tribute to the two young students who lost their lives as a result of the wounds caused by the shooting with firearms by the police forces, the leaders of the ANP together with the authorities of the Jaime Bausate y Meza University, Dr. José Manuel García Sosaya, Academic Vice-Chancellor and Magister Edgar Dávila Chota, Dean of the Faculty of Social Communication Sciences and Director of the Professional School of Journalism, proceeded to place two bouquets of flowers.

Addressing the people who witnessed the event and expressed their greeting to the gesture to the institutions already noted, the president of the ANP, Roberto Mejía Alarcón, stated that the tribute in the persons of Jack Brian Pintado Sánchez and Jordán Inti Sotelo Camargo, also constituted a recognition to the Peruvian youth who made their democratic identity public, their rejection of all forms of violation of the Political Constitution of the State and the right to express themselves freely, which no State Power can taint.

It also brought back to mind that the immolation of the two students and the presence of the youth in the main avenues and squares throughout the country, constituted a gallant attitude and a demonstration of an inheritance that over time will remain vivid. In this regard, he cited the names of Manuel Bonilla, the young student who carried the Peruvian banner and blew himself up in the vanguard of national defense in Reductor de San Juan y Miraflores, during the bloody invasion of the Chilean troops; Juan Maclean Bedoya, who exposed of his life when the repressive forces of the Odriísta dictatorship invaded the campus of the former premises of the Universidad Nacional Mayor de San Marcos; Heriberto Avellaneda Beltrán, murdered when the students of the Nuestra Señora de Guadalupe National School demanded changes in the centenary campus; and Jorge Luis Mendivil Trelles, a young student at the Jaime Bausate y Meza School of Journalism, who, along with seven other journalists, gave his life in fulfillment of his duty to inform the truth about what happened in the years of terrorism in Uchuraccay.

At the end of his speech, the president of the ANP demanded from the new government the most immediate and impartial investigations in order to know who were the material and mediate perpetrators of the massacre that occurred in the vicinity of the University Park, as provided for in the Penal Code. 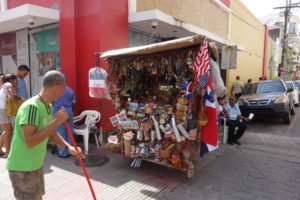 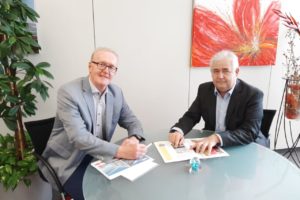 Read More »
PrevPandemic and trade unionism in Latin America
Mechanisms of inequality and exclusion in the European labour market: what are the causes and how can we combat them?Next