Peru: at least 20 journalists died from Covid-19 as they covered pandemic

Country is Latin America’s second worst-hit with more than 164,000 coronavirus cases and 4,500 deaths

At least 20 journalists have died from Covid-19 in Peru as reporters, photographers and camera operators raced to cover the pandemic’s spread through the country, often without protective equipment.

The number throws into sharp relief the risks and precarious work conditions which face journalists covering the global pandemic in the Andean country, which, after Brazil is Latin America’s worst-hit with more than 170,000 Covid-19 cases and 4,600 deaths.

Peru is not the only country in the region to report the death of journalists from Covid-19. At least 12 journalists have reportedly died from the virus in Ecuador’s hard-hit city of Guayaquil, about eight in Brazil, and at least one in Nicaragua, among deaths in other countries.

Around the world, at least 117 journalists have died as a result of the coronavirus pandemic in 31 countries, according to one estimate by the Swiss NGO the Press Emblem Club.

“This pandemic has stripped bare the labour conditions for journalists in Peru,” said Zuliana Lainez, secretary general of Peru’s National Journalists Association, known as the ANP.

At least six journalists died in Peru’s hard-hit Amazon city of Iquitos, four in the capital Lima, and others on the country’s northern coast, a coronavirus hotspot, according to the ANP. Dozens more journalists are reportedly recovering from the virus.

About half of the victims were working when they became infected, Lainez reported, and most were freelancers while just four worked for national media outlets.

“Media companies have the legal and moral obligation to provide personal protective equipment [PPE] for their personnel, especially those who do reporting,” Lainez added.

In Iquitos, most journalists had to provide their own PPE, just as many finance their own airtime by drumming up advertising for local radio stations, explained Otoniel Vela, 55, a radio host recovering from Covid-19 at home.

“None of us are staff, we do this because it’s a passion,” he said. “There wasn’t any protective equipment here, we just went out and did our job.”

Peru’s public television and radio broadcaster ordered employees over 60 to stay at home when the pandemic struck. But Manuel Sánchez, the correspondent in Iquitos, was 59 and kept working. He caught Covid-19 and died in a public hospital.

“I can’t believe he’s gone. He was honest, helpful, noble; such a good guy,” said Jorge Carrillo, his colleague and friend of 25 years.

Dozens of other colleagues were recovering from the virus in Iquitos, which saw one of Peru’s worst outbreaks, Carrillo said. “I know many of them didn’t take the right precautions,” he added.

“Those that died, like my uncle, died precisely because we have to finance ourselves and when the money runs out you don’t think of buying a new mask,” said his nephew Hertz Hemeryth, also a journalist.

The former president of Peru’s public television and radio institute, Hugo Coya, said: “Journalists are expected to go to the frontline but they weren’t trained how to protect themselves from points of contagion.”

Others fell victim to a lack of medical equipment. Azucena Romaní, 59, a reporter for the state news agency Andina, died in one of Lima’s main coronavirus hospitals before her colleagues could get her a ventilator, according to local reports.

The Committee to Protect Journalists said it was trying to track cases of journalists who had died from Covid-19 – but it was difficult to confirm how many of them had become infected while working.

“Many journalists in Latin America lack the basic protective equipment necessary to keep themselves and their sources safe while reporting,” said Natalie Southwick, the CPJ’s South America programme coordinator.

“Journalists are a vital source of reliable information in this moment of crisis, but they should not have to risk their lives on a daily basis to keep their fellow citizens informed,” she added.

As in other countries, a slump in advertising also caused by the pandemic has led to wage cuts and mass layoffs in media outlets.

Coya said the dismissals would drive more journalists to freelance and take more risks to get the story. “If it was precarious for journalists before it’s going to be even more so post-pandemic,” he added. 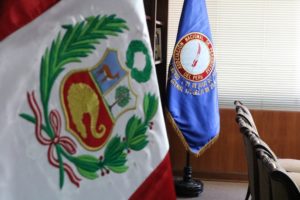 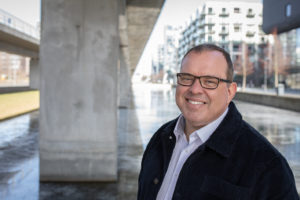 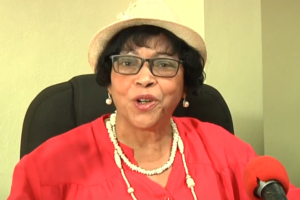 Read More »
PrevState Labour Court decision on the lack of tariff ability of the DHV unconstitutional from the perspective of the DHV – DHV takes further legal steps – Decision therefore not final
Expenses, breaks and schedules: Moncloa* embarks upon regulating work at homeSuivant