The International Labour Conference adopts landmark instruments on violence and harassment and a Declaration on the future of work. The Conference concluded its two-week session, which marked the Centenary of the ILO.

The Centenary Conference of the International Labour Organization (ILO) ended on Friday with the adoption of an unprecedented Convention and accompanying Recommendation to combat violence and harassment in the world of work, as well as a Declaration charting the way towards a human-centred future of work.

The ILO Centenary Declaration for the Future of Work, 2019 , is a reaffirmation of the relevance and importance of the ILO’s mandate in the changing world of work, a strong statement of intent, a mobilizing call, and a road map for action by the ILO itself.

The Declaration looks to the future of work with a human-centred lens. It has a strong focus on enabling people to benefit from changes in the world of work, by strengthening the institutions of work to ensure adequate protection of all workers, and by promoting sustained, inclusive and sustainable growth and full and productive employment.

Specific areas for action identified include:

UN Secretary-General António Guterres joined some three dozen world leaders who, in the course of the two-week International Labour Conference (ILC), delivered strong messages of support for the ILO and its social justice mandate.

“You are carrying forward the torch that was lit one hundred years ago to help build a new world – a world based on social justice, founded on a model of inclusion – with governments, workers and employers at the decision-making table together,” Guterres said.

Guterres told delegates that the Declaration “marks an historic opportunity to open a door to a brighter future for people around the world.”

“The Declaration is ambitious – setting out the basis for delivering the ILO’s mandate in its second century. But the Centenary Declaration is much more than a statement of wishes or intent. The Declaration proposes a shift in the paradigm of how we look at development,” he said.

Guterres also welcomed the adoption of the Violence and Harassment Convention, 2019, which is accompanied by a Recommendation.

The Convention recognizes that violence and harassment in the world of work “can constitute a human rights violation or abuse…is a threat to equal opportunities, is unacceptable and incompatible with decent work.” It defines “violence and harassment” as behaviours, practices or threats “that aim at, result in, or are likely to result in physical, psychological, sexual or economic harm.” It reminds member States that they have a responsibility to promote a “general environment of zero tolerance”.

The new international labour standard aims to protect workers and employees, irrespective of their contractual status, and includes persons in training, interns and apprentices, workers whose employment has been terminated, volunteers, jobseekers and job applicants. It recognizes that “individuals exercising the authority, duties or responsibilities of an employer” can also be subjected to violence and harassment.

The standard covers violence and harassment occurring in the workplace; places where a worker is paid, takes a rest or meal break, or uses sanitary, washing or changing facilities; during work-related trips, travel, training, events or social activities; work-related communications (including through information and communication technologies); in employer-provided accommodation; and when commuting to and from work. It also recognizes that violence and harassment may involve third parties.

Ryder welcomed the adoption. “The new standards recognize the right of everyone to a world of work free from violence and harassment, “he said. “The next step is to put these protections into practice, so that we create a better, safer, decent, working environment for women and men. I am sure that, given the co-operation and solidarity we have seen on this issue, and the public demand for action, we will see speedy and widespread ratifications and action to implement.”

Conventions are legally binding international treaties that may be ratified by member States, while Recommendations serve as non-binding guidelines. Declarations are resolutions of the ILO’s member States used to make a formal and authoritative statement.

During the Conference, the Committee on the Application of Standards adopted conclusions on 24 individual cases related to issues arising from the implementation of Conventions by ratified by member States.

The Conference outcomes “empower the ILO to perpetuate its commitment to social justice in support of peace in the world,” said Conference President Jean-Jacques Elmiger, head of International Labour Affairs at Switzerland’s State Secretariat for Economic Affairs. “Let us dare admit it, our conference will mark history.”

The two-week ILC was attended by about 6,300 delegates, representing Governments, workers and employers from 178 of the ILO’s member States, as well as observer national and international non-governmental organizations.

A number of thematic forums on future of work issues took place during the Conference, featuring heads of United Nations and multilateral agencies and high-level government, workers’ and employers’ representatives. 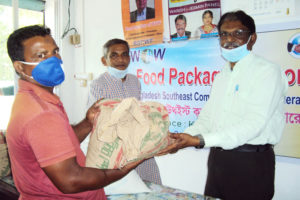 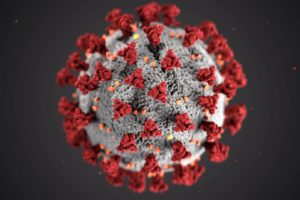 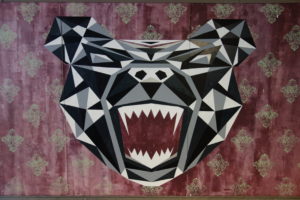 Trade unions are gaining new members due to the corona crisis, and these are often young